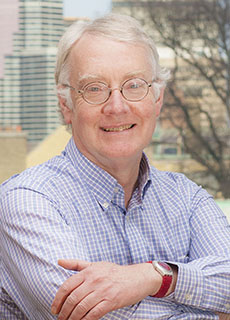 Interested in political development, especially in Canada and the U.S. This approach spans a variety of subject areas: federalism (Liberty and Community); constitutional theory (“Rights Talk in Canada in the Late Nineteenth Century”); ideational diffusion (“The Civil Rights Movement Comes to Winnipeg”); healthcare (“The Virus of Consumerism”); and the discipline of political science (The Comparative Turn). His most recent book is Making a Global City: How One Toronto School Embraced Diversity (Toronto: UTP, 2017) which explores changing ideas of citizenship through the history of a Toronto public school. He is also co-editor of the two volume anthology entitled Roads to
Confederation: The Making of Canada, 1867 (UTP, 2017).