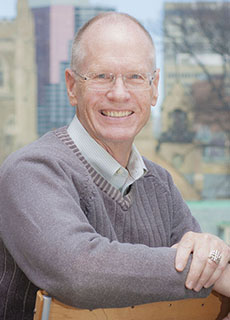 Interests: the politics of sexual diversity in Canada, the U.S., and Europe, (e.g. gay/lesbian/bisexual/transgendered activism, public policy response to sexual diversity), political mobilization by religious conservatives, and Muslim response to sexual diversity. Major publications include: Conservatism in Canada (co-edited with Jim Farney, 2013), Faith, Politics, and Sexual Diversity in Canada and the United States, co-edited with Clyde Wilcox (2011) Queer Inclusions, Continental Divisions (2008); On the Fringe (1998); Equity, Diversity, and Canadian Labour, co-edited with Gerald Hunt (2007); and a number of book chapters and journal articles on gay rights in Canada, Britain, and the U.S., on labour union response to diversity issues in Europe and North America, and on the intersection of religion and politics. He is now working on a major project exploring the role of religion in Canadian party politics. He has filled various administrative positions at the U of T., including Graduate Director and Associate Chair in Political Science, Vice-Principal and Acting Principal at University College, and Director of the Mark S. Bonham Centre for Sexual Diversity Studies.  He has also served on the governing councils of the Canadian and American Political Science Associations.