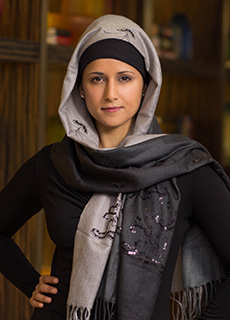 Aisha Ahmad is an Assistant Professor in the Department of Political Science and Co-Director of the Islam and Global Affairs Initiative at the Munk School of Global Affairs. In 2012, she was a fellow at the Belfer Center on Science and International Affairs at the Harvard Kennedy School. Her research interests include International Relations, Comparative Politics, state failure, political Islam, political economy, and peace building. Her work explores the political economy of Islamist power in weak and failed states. She has conducted fieldwork on conflict dynamics in Afghanistan, Pakistan, Somalia, Lebanon, Mali, and Kenya. Her 2017 book with Oxford University Press, titled “Jihad & Co.: Black Markets and Islamist Power”, explores the economic drivers of these complex security crises.