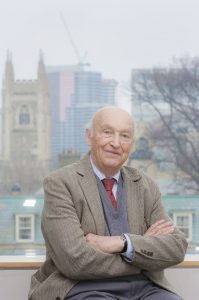 With this book, Aisha Ahmad has achieved a real tour de force: integrating seven years of field work and hundreds of interviews in the toughest and most dangerous places on Earth, Ahmad presents a powerful political economy explanation to the successful rise of militant groups in some settings and not others. This book offers a huge contribution to our understanding of civil war and state building. Jihad & Co focuses on the puzzle of the rise of militant Jihadist groups and their ability to take effective control of diverse populations and territories in Afghanistan, Somalia, and in the Middle East. Ahmad powerfully argues that civil wars are not just about chaos and that the eventual outcome has much to do with markets. Often, the traders of the underground economy make choices that determine whether new militant groups can succeed in taking effective power or not. Below the fiery surface, the business class often acts as the pivotal player.

Peter Russell weaves together his impressive knowledge of Canadian history and government to offer a new interpretation of the evolution of the federation. By focusing on the “three pillars” of English Canada, French Canada, and Aboriginal Canada, Russell advances an important view of Canada as one founded on and informed by “incomplete conquests.” By tracking these incomplete conquests over time, Russell offers remarkable insights into the relations both within and among the three pillars, and the ways in which these relations have transformed into Canada’s enduring multinational character. Organized as an historical narrative, the book reveals how these relations constitute some of Canada’s most important continuing challenges, and “what marks its successes.” This book provides a detailed yet accessible account of Canada’s political history over more than 150 years, and situates the stories of peoples as they interacted with one another in a way that has not been done before. The book concludes with a discussion of the forms of non-constitutional change that have occurred over the past two decades– confirming that constitutional change emerges through an organic evolution process, rather than the ratification of a grand democratic social contract, and reaffirming that Canada’s odyssey is never ending.

This paper offers a conceptually sophisticated analysis of patterns of feminist identification and critical action among female foreign policy leaders. With a focus on the US, the author applies a “listening methodology” to guide an innovative analysis of the publicly available memoirs of national security lawmakers Jeane Kirkpatrick, Madeleine Albright, Condoleeza Rice, and Hillary Clinton. The result is a nuanced account of the layered dimensions of these women’s experiences as they navigate traditionally masculine foreign policy institutions, against a backdrop of evolving claims of feminist and counter-movement mobilization from the 1980s on. Built on a comprehensive and well structured theoretical foundation combining feminist IR, comparative gender and politics, and gender and social movements research, the paper is engaging and eminently readable. It offers substantively fresh insights to the gender politics of foreign policy appointees, while opening a promising agenda for future use of this methodology to illuminate the diverse perspectives of women leaders.