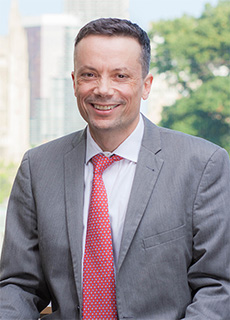 Works on immigration and asylum, eugenics and population policy, and the effect of war on civilian populations. He is Director of the Centre for European Russian and Eurasian studies, Munk School of Global Affairs, and holds a Canada Research Chair in Immigration and Governance. He is author of Disobeying Hitler: German Resistance after Valkyrie (Oxford, 2014), Sterilized by the State: Eugenics, Race and the Population Scare in 20th Century North America (with Desmond King, Cambridge, 2013), Fire and Fury: the Allied Bombing of Germany, 1942-1945 (Penguin, 2009), Citizenship and Immigration in Postwar Britain (Oxford, 2000), (with David Leal and Gary P. Freeman), Immigration and Public Opinion in Europe and North America (Routledge, 2012), (with Jobst Koehler and Jeannette Money) Immigration, Nation States, and International Cooperation (eds.) (Routledge, 2011) (with Matthew Gibney, eds.), Immigration and Asylum from 1900 to the present [Oxford: ABC-CLIO, 2005), (with Patrick Weil, eds.), Dual Citizenship, Social Rights and Federal Citizenship in the US and Europe (Berghahn, 2002), and (with Patrick Weil, eds.), Towards a European Nationality: Citizenship, Immigration and Nationality Law in the EU (Palgrave, 2001), as well as articles in World Politics, Comparative Politics, the British Journal of Political Science, and the European Journal of Political Research.