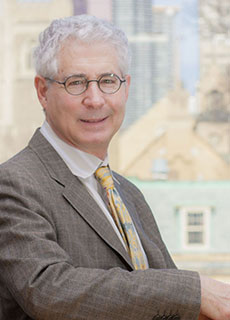 Clifford Orwin is Professor of Political Science, Classics, and Jewish Studies and a Fellow of St. Michael’s College at the University of Toronto. He is also Distinguished Visiting Fellow at the Hoover Institution of Stanford University, and Senior Fellow of the Bochum Thucydides Center.. He is the author of The Humanity of Thucydides (Princeton University Press, 1994; 4th Ed. 2011, Mandarin translation 2015), and has contributed to many other books as well as publishing many articles on classical, modern, contemporary, and Jewish political thought. He has argued that professors should put teaching first and has won three major teaching awards at the University, including the inaugural J.J. Berry Smith Prize for Excellence in Doctoral Supervision (2013).