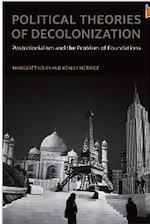 Political Theories of Decolonization Postcolonialism and the Problem of Foundations

Many theorists have pointed out that the colonized subject was a divided subject. This book argues that the postcolonial state was a divided state. While postcolonial states were created through the struggle for independence, they drew on both colonial institutions and reinvented pre-colonial traditions. Political Theories of Decolonizationilluminates how many of the central themes of political theory such as land, religion, freedom, law, and sovereignty are imaginatively explored by postcolonial thinkers. In doing so, it provides readers access to texts that add to our understanding of contemporary political life and global political dynamics.