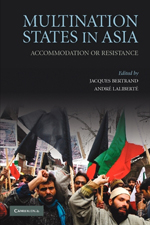 As countries in Asia try to create unified polities, many face challenges from minority groups within their own borders seeking independence. This volume brings together international experts on countries in all regions of Asia to debate how differently they have responded to this problem. Why have some Asian countries, for example, clamped down on their national minorities in favour of homogeneity, whereas others have been willing to accommodate statehood or at least some form of political autonomy? Together they suggest broad patterns and explanatory factors that are rooted in the domestic arena, including state structure and regime type, as well as historical trajectories. In particular, they find that the paths to independence, as well as the cultural elements that have been selected to define post-colonial identities, have decisively influenced state strategies.