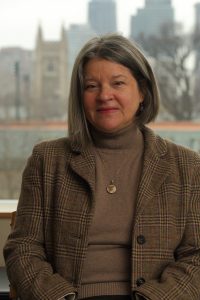 In a bid to motivate her students in what has been a very difficult academic year, Professor Rebecca Kingston decided to give those enrolled in the winter 2021 term of POL303 Women in Western Political Thought, the option to complete a different kind of course assignment: create a podcast.

Entitled Her Voice: Ladies Who Write, the task for students was to conceive, write and produce a podcast on a woman who has contributed to political reflection, literature and activism and who deserves to be more widely acknowledged. The series is inspired in part by Christine de Pizan’s Book of the City of Ladies (1405), written in praise of women and as a defense of their capabilities and virtues, in contrast to the misogynist male writings of her day.

From Hypatia (c. 370 CE – March 415 CE), regarded as the greatest mathematician and astronomer of her time, to the pioneering African American writer and anthropologist Zora Neale Hurston (1891-1960), the twenty-four episode series is a virtual pantheon of remarkable women who have made a wide array of important contributions to intellectual culture, the history of ideas and to feminism.

Three students who took the course tell us why they decided to take up the offer to highlight some of the more obscure women in the history of political thought. 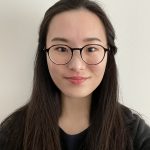 Grace Lee: “I thought doing a podcast would be a nice break from writing traditional academic papers. As someone who enjoys listening to podcasts regularly, I saw this as my chance to learn the technical aspects of putting one together. I ultimately chose Olympe de Gouges (1748-1793), a difficult decision because there are so many great women intellectuals who are seriously understudied. Olympe de Gouges stuck out for me because she is considered by many to be one of the earliest women’s rights activists and author of the striking Declaration of the Rights of Woman and the Female Citizen at a time when the rights of common men were barely taking shape. By unpacking her life and work, I hoped to shed light on how this proto-feminist understood gender roles and civic life, as well as challenge the assumption that politically engaged women are a relatively recent phenomenon. Despite being part of Gen-Z, I have negligible technical expertise, so learning how to record and edit audio for a podcast was a bit of a challenge. That said, it was a highly enjoyable process, and I appreciate having had the opportunity to branch out with this assignment. I think political science students would benefit from greater versatility in assignments; it allows us to expand our skill set, think more creatively, and engage with different ways of learning.” Melissa De Angelis: “I chose to create a podcast for this assignment because it seemed like a fun alternative to essay writing. Podcasts are a more digestible way to both communicate and receive information so I felt a podcast would be a better way to increase awareness about my notable woman thinker, Zora Neale Hurston (1891-1960). I chose to do my podcast on her because she was an extremely influential anthropologist, playwright, author and intellectual who not only managed to capture the African American experience in the 1900’s but also made extraordinary progress in advocating for Black women within feminist discourse. Feminism has been, and still is, largely centered around white women. Hurston was one of the first female thinkers to acknowledge that the experience of women cannot be essentialized; the experience of Black women, and other women of colour, varies greatly from that of white women. The project was extremely stimulating and kept me more thoroughly engaged with the content compared to writing a paper as the act of “performing” my work prompted me to be hypercritical on the overall flow, outline, and information I chose to include. It was a riveting experience and I hope to do similar projects in the future!” 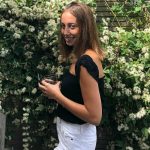 Clementine Benoit: “My podcast is concerned with Fanny Raoul (1771-1833), a French feminist author writing in the wake of the 1789 French Revolution. In A Woman’s Opinion on Women, she advocates for legislative reforms in an effort to increase women’s participation in politics, as well as their visibility in the public sphere. Because so much of Raoul’s rationale is rooted in emancipation through speech, I felt that “publicizing” her contributions via a podcast was the perfect way to show the depth of her fight for the liberation of women’s voices. Writing the script for the podcast also drove me to dig deeper and ask myself some important questions like “is this passage clear enough?” or “should I emphasize this notion?”. All in all, it was a great opportunity to work on how to get your point across in the most compelling and powerful way, while getting to showcase the contributions of a woman whose fight for women’s visibility in politics is still incredibly relevant today.”

Listen to the series here.