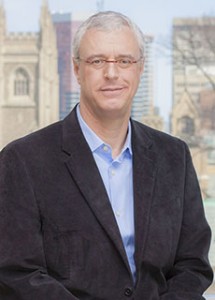 In her citation, Carol Nackenoff, Chair of the Lasting Contribution Award Committee said the following:

“Towards Juristocracy played a central role in inspiring the comparative constitutional revolution that now has a substantial place in political science and law, and challenges scholars of constitutional politics to transcend parochialism. This very early piece of comparative judicial scholarship is firmly grounded in the social sciences, rich in theory and steeped in empirical evidence. Hirschl challenged blithe assertions that constitutions and bills of rights were unalloyed goods that protected minorities; empowering the judiciary for hegemonic preservation has had many negative consequences for marginalized groups. As one nominator writes: “His study of the rise of judicial review throughout the world highlighted the elite benefits of permitting courts to declare law unconstitutional, a claim that is as conventional now as original then.”

Asking what explains judicial empowerment through constitutionalization at roughly the same time in South Africa, New Zealand, Israel, and Canada and noting the spread of this trend in subsequent decades, Hirschl argues that “the constitutionalization of rights and the establishment of judicial review is . . . not driven solely, or even primarily, by politicians’ genuine commitment to progressive notions of social justice or to an elevated vision of universal rights. It is driven in many cases by attempts to maintain the social and political status quo and to block attempts to seriously challenge it through democratic politics.”

Towards Juristocracy has gained wide recognition, with over 2000 Google Scholar citations and mentions in a large number of media articles. It was nominated for the Lasting Contribution Award by scholars both quite junior and quite senior. The arguments that Hirschl made in Towards Juristocracy have captured the attention of civil society activists in a number of countries.  This book has been must-reading in political science, public law, and other disciplines in the English-speaking world since its publication in 2004. It has fundamentally changed the way we perceive legal phenomena.”