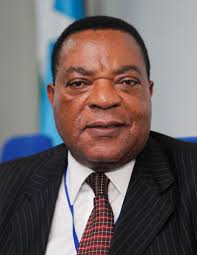 Over the weekend faculty members informed us of the death of Augustine Mahiga, a former student of ours, who went on to have a very active political career and was currently serving as Minister of Constitutional and Legal Affairs of Tanzania. Emeritus Professor Richard Stren has kindly shared his memories of Augustine below:

“We were very sad to learn of the sudden passing of one of our most illustrious former students, Augustine Mahiga, last week in Tanzania. While the formal announcement stated that he passed away “after a short illness” in Dodoma (the capital of Tanzania), a number of press accounts attributed his death to COVID-19. Augustine first came to Toronto in 1971, having completed a B.A. at the newly established University of Dar es Salaam. In our graduate program, he worked on issues of multinational integration of the emerging East African Community, completing his doctorate at U of T in 1975. During his graduate program, he went back to Tanzania for research, got married, and brought his wife (Betty) to Toronto. They had their first child at St. Joseph’s Hospital. After he returned to Tanzania he held a number of important posts in the government, working for a time on secondment for UNHCR in different positions, spending some time in Ottawa on special assignment, and eventually serving as Tanzania’s permanent representative to the United Nations for seven years. Following that appointment, he was the Minister of Foreign Affairs for five years, and, in 2019, Minister of Justice and Constitutional Affairs.

During the time Augustine was in Toronto, I served alternately as his academic mentor, supervisor, and eventually thesis committee member; as a student he was extremely focused, and efficient. About five years after he returned to Tanzania, I was planning to travel to the country for a short research visit. When Augustine learned I was coming he told me he would meet me at the airport in Dar es Salaam. Imagine my surprise when, upon arriving after a lengthy flight, I was taken off the airplane before the other passengers, whisked through customs and immigration, and ushered into a very well-appointed room where I was greeted by Dr. Mahiga. Augustine said that, for the next two weeks, he was assigning me a car and driver, putting me up in the best local hotel (at the time the Kilimanjaro), and giving me an official government letter which requested anybody I met to afford me all possible assistance. Needless to say, I had no trouble getting interviews with whomever I wanted, accessing the most sensitive and detailed reports and research material on my subject matter. Wherever I went within the government, I was warmly greeted as “comrade Stren” in the politically de rigueur language of the time. In the end I was able to write a very comprehensive paper as a partial result of my short visit. Augustine was always proud of his Toronto connection, which he clearly put to the best possible use in his professional and political career.”