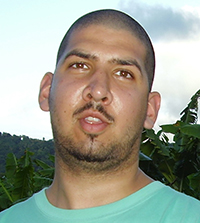 Congratulations to our graduate student Kevin Edmonds who has won New College’s June Larkin Award for Pedagogical Development. A PhD candidate specializing in Caribbean political economy, histories of alternative/illicit development, foreign intervention and the region’s radical political tradition, his publications include “Guns, Gangs and Garrison Communities in the Politics of Jamaica at the Turn of the Century”, “An Illusive Independence: Neocolonial Intervention in the Caribbean” and “Eradicating Opportunity: Global Capitalism and the Future of Cannabis in Caribbean”. His work has been recognized by multiple scholarships, including the Dr. Josiah Deboran and Flora Seedansingh Award, Centre for Critical Development Studies, OGS, IDRC and SSHRC.