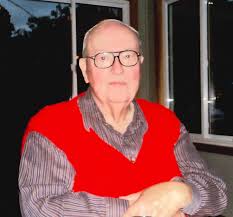 The Department was deeply saddened to learn of the death of Professor Peter Silcox, who passed away on October 12 at the age of 80. Peter came to the University of Toronto in 1961 from Britain, having recently completed a B.A. at Bristol and a Diploma in Social Administration at the LSE. He intended to stay at U of T for a year, but became fascinated by the ways in which local communities in Ontario were re-imagining the goals and reforming the apparatus of local government. The only way to satisfy this curiosity, he concluded, was to stay on to pursue a doctorate. Once ensconced in the PhD program, Peter was offered a lectureship in the old Department of Political Economy (1964). He retired as full Professor almost forty years and a remarkable career later.

Peter’s main research interests centred on local government reform in Ontario, on which subject he wrote a number of first-rate papers that are still cited by those who work in the field. He did not have much patience for academic publishing, however, so turned instead to three more active outlets for his energy. One was working with large, complex organizations that were in need of fundamental reform but that had neither the means nor the savvy to accomplish it. Peter’s signature accomplishment in this regard was his massive, stand-alone study, in the mid-1970s, that provided a blueprint for restructuring the relationship between Essex County and Windsor. In subsequent years, he consulted for a number of other local governments, as well as universities, especially in southwestern Ontario.

Second, Peter threw himself into undergraduate teaching, first at St. George then at Erindale (the original name of UTM and the one he far preferred). Peter could always be counted on to teach a large section of POL 100 – the introductory course in Canadian politics – and he regularly taught classes in British politics and urban politics. To be sure, he was not always impressed with his students’ preparation for university-level work (“’opeless, ‘opeless” he could be heard to mutter as he scanned final examinations). Yet Peter was unfailing in his commitment to encourage and provide assistance to students in need. He was especially sensitive to the difficulties of part-time students who were trying to finish an undergraduate degree while balancing work and family obligations as well. For these, indeed all his students, Peter’s door was always open.

Finally, Peter contributed hugely to his university in a wide variety of roles that are usually lumped under the umbrella term “service.” In some cases he was asked to take on important responsibilities of academic leadership. This included a full term (1977-1984) as principal of Woodsworth College, a term as Associate Dean and Vice Principal at Erindale (1988-1993), an appointment to Governing Council (1981-1984), and membership on two presidential searches. And that is to say nothing about his term (1970-75) as undergraduate director in Political Economy where he was responsible for a curriculum in a department which, at its height, accounted for over 160 faculty in political science, economics, and commerce. In other cases Peter was asked to take on difficult tasks that required a delicate combination of strength and tact. This includes serving for almost two decades as parliamentarian, then chair, of the General Committee of the Faculty of Arts and Science (1974-1993) and serving as de facto dean of food sciences (1978-80) when that faculty was phased out. In still other cases, Peter served on committees just because he took an interest in students who did not fit the conventional pattern. Here his service on a task force that was formed in 1978-79 to investigate “the admission of students with unusual backgrounds” stands out. In short, Peter was the consummate university citizen.

Peter Silcox was a big man, with a large presence, who leaves a grand legacy. We will miss him.