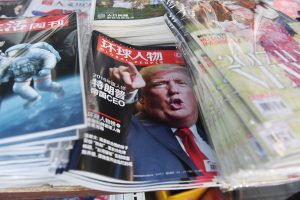 Despite Donald Trump’s inauguration being three weeks away, he’s been influencing policy and global markets since the day after his election as the next U.S. president. On Monday – under repeated criticism from Trump – Ford Motor Company announced it would cancel plans to build a small-car assembly plant in Mexico. Just a few hours earlier, Trump had threatened to impose tariffs on cars made in Mexico by General Motors Corporation. The Trump effect may have also led House Republicans to back down on plans to weaken the independent Office of Congressional Ethics. U of T News asked Carla Norrlof, an associate professor of political science at U of T Scarborough, about Trump driving change even before he takes office. The article is available here.