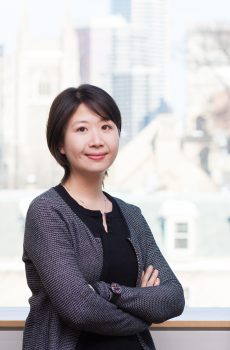 Articulating the Rule of Law: Coalition and collision of the bar and bench

Ching-Fang Hsu is a doctorate candidate in political science at the University of Toronto. She received her LL.B from National Taiwan University, LL.M from UC Berkeley, and M.A. from the University of Chicago. Trained as a lawyer and social scientist, she works in the interdisciplinary area between political science and law, focusing on the politics of judicial institutions and legal actors in various power settings.

Ching-Fang’s dissertation project investigates the internal politics between legal professions in Singapore, Hong Kong and Taiwan, and the impact on the rule of law development. She has conducted field research in Asia as a visiting fellow at the Centre of Chinese Law at the University of Hong Kong, and a visiting researcher at the Centre for Asian Legal Studies at National University of Singapore. Her work has been published on policy forums in Taiwan, Hong Kong and the U.S., including the Initium Media, The Reporter, and the Ketagalan media.

“Law as a Sword, Law as a Shield: Politically Liberal Lawyers and the Rule of Law in China.” China Perspectives. (with Sida Liu and Terence Halliday)

“Localization and Politicization: Lawyers in Taiwan and Hong Kong 1980s-2010s.” in Lawyers in Society 30 Years On, edited by Richard Abel et al.