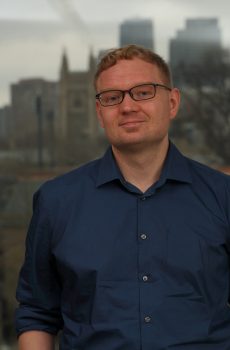 Nicholas A. R. Fraser is a Political Science PhD candidate at the University of Toronto. His dissertation explores cross-national variation in asylum policy, specifically in countries with consistently high or low asylum recognition rates. Nicholas’ disertation research has been supported by  SSHRC, the Japan Foundation, the Dr. David Chu Foundation, the Ontario Government, and the University of Toronto’s Department of Political Science. His research explores public policy, courts and bureaucracy, migration as well as questions of identity. Prior to starting his PhD at the University of Toronto, Nicholas was a Monbukagakusho Scholar and worked for refugee advocacy organization in Japan.