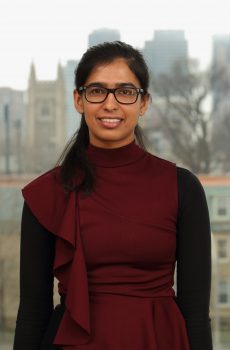 A Comparative and Gendered Analysis of Mobilizers vs. Non-Mobilizers within Radical (Right-Wing and Islamist) Groups in Canada

Aden is a PhD candidate in the Department of Political Science at University of Toronto. Her major and minor fields are International Relations and Comparative Politics respectively. Her PhD research focuses on comparing the recruits and non-recruits within the radical (far-right and Islamist) groups in Canada through a gendered lens. Her dissertation asks the following question: what stops someone from joining a radical group, even when all the risk factors are present? Aden is a SSHRC CGS Doctoral Scholar, a Junior Affiliate at the Canadian Network for Research on Terrorism, Security and Society (TSAS), and a Student Fellow at the Canadian Global Affairs Institute. Along with her PhD studies, she has completed multiple student terms for federal departments such as Public Safety, Global Affairs, and the Department of National Defence. Her goal is to bridge the academic/policy divide by gaining experience in both domains.