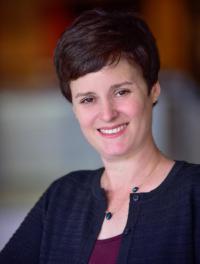 Torrey Shanks is Associate Professor of Political Science specializing in political theory. She is broadly interested in the history of political thought, feminist theory, and language and politics, with particular expertise in early modern political thought and rhetoric. Her current research project, entitled “Improperty,” investigates invocations of property in political action and theory, supported by a Social Sciences and Humanities Research Council of Canada Insight grant (2019-2022). She is the author of Authority Figures: Rhetoric and Experience in John Locke’s Political Thought (2014), peer-reviewed journal articles in Political Theory (2011, 2015, 2019) and Theory & Event (2015), in addition to book reviews and essays in edited volumes on consent, feminist writers, equality, materialism, Montaigne, and Wittgenstein. She holds a PhD in Political Science from Northwestern University and a Bachelor’s in Political Science and Women’s Studies from the University of California, Berkeley. She has previously taught at the State University of New York, Albany and the University of British Columbia.