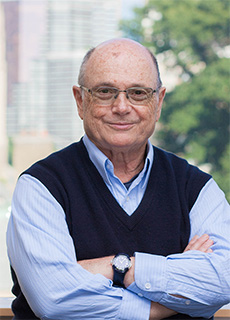 Richard Stren is Emeritus Professor of Political Science and Public Policy. He has a B.A. (Political Economy) from University of Toronto, and an M.A. and Ph.D from the University of California, Berkeley. He was Director of the Centre for Urban and Community Studies from 1989 to 2000 and Director of its successor, the Cities Centre from 2012-2013. His research interests are: cities in the developing world, urban politics in Canada, and the policy process. Some recent publications: “The Challenge of Urban Governance” in Cities Transformed. Demographic Change and its Implications in the Developing World (2003); “International Assistance for Cities in Low- and Middle-Income Countries: Do We Still Need It?” Environment and Urbanization (October, 2008) “Globalization and Urban Issues in the Non-Western World: Searching for the Political” in Theories of Urban Politics (2009); and “Cities and Politics in the Developing World. Why Decentralization Matters” in Oxford Handbook of Urban Politics (2012).