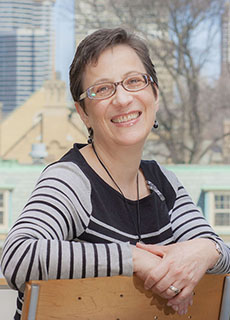 Ana María Bejarano has been a visiting fellow at the Kellogg Institute for International Studies at the University of Notre Dame (2000-2001) and at Princeton University?s Politics Department, Program for Latin American Studies (PLAS) and Woodrow Wilson School for International Affairs (2001-2003). Before moving to Toronto, she was assistant professor of Political Science at the Universidad de Los Andes in Bogotá, where she also served as Director of its Center for Social and Legal Research (CIJUS) from 1998 to 2000. Bejarano is the author of ?Precarious Democracies: Understanding Regime Stability and Change in Colombia and Venezuela? (University of Notre Dame Press, 2011). She also co-edited (with S. Mainwaring and E. Pizarro) ?The Crisis of Democratic Representation in the Andes? (Stanford University Press, 2006). She has published numerous book chapters on Colombian, Venezuelan and Andean politics, as well as articles in the Canadian Journal of Latin American and Caribbean Studies, Constellations, Colombia Internacional, Política y Gobierno, and Revista de Ciencia Política among others. Her current research project explores constitution making in five Andean nations, focusing on the politics behind constitutional choices and the prospects for democratic deepening in the wake of constitutional change.