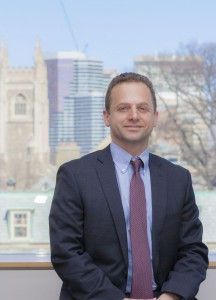 Congratulations to two of our faculty members who have recently been appointed to new positions.

His research interests include political economy of development, state-society relations in Africa, identities and politics in Africa, and Africanist discourses on development. He has published widely in journals such as African Studies Review, Development and Change, Canadian Journal of African Studies and Research on African Literatures. He has co-edited Encyclopedia of 20th Century African History (with Paul Zeleza), Ethnicity and Democracy in Africa (with Bruce Berman and Will Kymlicka), and Decentralization and the Politics of Urban Development in West Africa (with Richard Stren).

Professor Eyoh has rich and varied experiences as an academic administrator, including serving for 14 years as director of African Studies (1993 – 2001, 2011 – 2017 and 2022), as mentor to students from Africa in the MasterCard Foundation Program (2013 – 2021) and as Associate Chair for Undergraduate Studies in the Department of Political Science (2017 – present).

He is also the Director of the Eurasia Initiative at the Centre for European, Russian, and Eurasian Studies (CERES) and a core faculty member at CERES. His research addresses various topics about politics and society in ex-Soviet Eurasia, particularly the Central Asian states of Kazakhstan and Kyrgyzstan. He has published Slow Anti-Americanism: Social Movements and Symbolic Politics in Central Asia (Stanford 2021), as well as Paradox of Power: The Logics of State Weakness in Eurasia (Pittsburgh 2017) and Modern Clan Politics (Washington 2004). He has conducted regular fieldwork in Central Asian states since 1998. Schatz speaks Russian and is proficient in French, Kazakh, Kyrgyz, Spanish, and Uzbek.

At UTM, he has taught a wide range of courses including European Politics, Russian Politics, Eurasia’s New Authoritarianisms, Anti-Americanism in Global Politics, among many others. For the PhD Program in political science, he regularly teaches Qualitative Methods, Central Asian Politics and Society, and the core Comparative Politics course. For CERES, he co-supervises the Major Research Paper course. He previously served as Chair of the Department of Political Science, UTM (2012 – 18) and as Acting Director of CERES (2020 – 21).