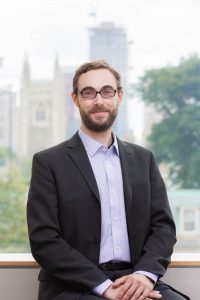 Congratulations to two of our faculty members who were both recognized at the 2022 International Studies Association’s (ISA) 63rd annual convention, held from March 28th to April 2nd in Nashville.

Kate J. Neville was awarded the Harold & Margaret Sprout Award for her book, ‘Fueling Resistance: The Contentious Political Economy of Biofuels and Fracking,’ while ‘Private Governance and Public Authority: Regulating Sustainability in a Global Economy’ by Stefan Renckens received an honorable mention from the IPE (International Political Economy) section.

The Harold and Margaret Sprout Award was established in 1972 and named in honor of two pioneers in the study of international environmental problems. The award is sponsored by the Environmental Studies Section (ESS), and is given annually to the best book in the field – one that makes a contribution to theory and interdisciplinarity, shows rigor and coherence in research and writing, and offers accessibility and practical relevance.