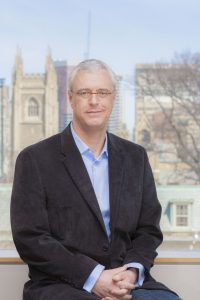 Professor Ran Hirschl’s work on the high global stature and reputation of Canadian constitutional law and the Supreme Court of Canada has been quoted in a recent landmark ruling of the Supreme Court in Quebec (Attorney General) v. 9147-0732 Québec inc. (Case No. 38613).

In its decision, the Supreme Court contemplated whether Charter rights, in particular the Charter protection (S. 12) against “cruel and unusual treatment of punishment” may be expanded to protect corporations. To support its decision that S. 12 is aimed to protect human beings not corporations, the Court engaged in a discussion of the applicability of international and comparative law to Canadian constitutional jurisprudence. In this context, Professor Hirschl’s work was quoted extensively by the Supreme Court. References to such scholarly contributions are highly regarded in the legal community as both testament to the quality of the work quoted, and as an acknowledgement of the authoritative scholarly standing of the authors cited.

Of the acknowledgement Professor Hirschl said: “It’s a real honour to have my work quoted by the Supreme Court of Canada, especially on the topic of comparative constitutional jurisprudence, a field to which I have contributed for years. When one’s work is cited by the land’s highest court, it can make a broad impact, engaging national and global audiences of jurists, thinkers and activists alike.”