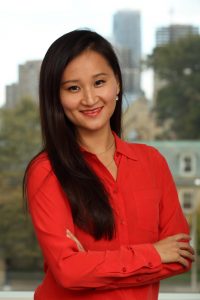 Congratulations to Professor Diana Fu, one of five University of Toronto faculty members who have been appointed to the Royal Society of Canada’s College of New Scholars, Artists and Scientists.

Established in 2014, the college honours excellence and seeks to recognize and foster academic leadership and collaboration among those who have received their PhDs within the last 15 years. The incoming class of college members will be granted a seven-year membership. They will be inducted at the 2020 Celebration of Excellence hosted by U of T on Nov. 27.