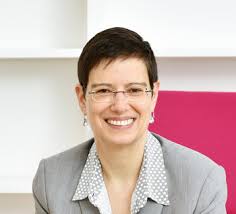 Congratulations to Professor Ayelet Shachar who has been appointed to the Munk School’s Robert F. Harney Professorship in Ethnic, Immigration and Pluralism Studies for a five-year term, effective January 1, 2021. Professor Shachar will also serve as Director of the Program in Ethnic, Immigration and Pluralism Studies, based at the Munk School of Global Affairs and Public Policy.

Professor Shachar received her J.S.D degree (Doctor of the Science of the Law) from Yale Law School in 1997. Subsequent to graduation, Professor Shachar was appointed Assistant Professor in the Faculty of Law, University of Toronto, and was promoted to Full Professor in 2007. She is currently a Professor of Law, Political Science and Global Affairs at the University of Toronto. Since 2015, she has also served as the Director of the Max Planck Institute for the Study of Religious and Ethnic Diversity in Berlin, Germany. Professor Shachar is a Fellow of the Royal Society of Canada and previously held the Canada Research Chair in Citizenship and Multiculturalism (2007-2015).

Her work focuses on questions of multiculturalism, citizenship, migration, diversity and gender equality. Her scholarship is motivated by the need to develop new legal principles to address some of the most pressing issues of our time: how to live together in diverse societies, how to grant rights to those who lack formal access to membership, and how to tame the ever-expanding reach of borders and migration control in a world of persistent inequality. Her research has proven influential in public policy and leadership debates, and has been cited by religious leaders and in apex court decisions.

Professor Shachar’s multidisciplinary work on citizenship and legal frameworks in multicultural societies and her sustained engagement with related policy and professional fields, along with her distinguished track record of scholarly achievement and academic leadership, make her ideally suited to assume the Robert F. Harney Professorship and directorship of the Program in Ethnic, Immigration and Pluralism Studies. Established in 1989, the Professorship and Program supports and promotes interdisciplinary research and teaching on ethnic diversity and interethnic group relations in Canadian society in a comparative context. Its purpose is to foster the graduate study of programs in ethnicity, immigration and pluralism, and to involve faculty, professionals and students from various disciplines.