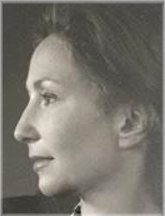 Sylvia Ostry helped build the foundations of the Munk School. A world-leading liberal internationalist and Canadian patriot, she passed away on May 7, 2020, just short of her 93rd birthday.

The obituaries cited below provide a sense of Sylvia’s path-breaking career in Canada’s public service in the decades before she joined us at the University of Toronto. She was the first woman appointed as a deputy minister in Canadian history. She was the first woman appointed to the prominent position of chief economist of the OECD. She became a leading global champion of the view that multilateralism remained the essential foundation for world peace. In 1983, the government tried to entice her back home with the offer of a very senior portfolio. She countered with a request for a role in trade policy. That was not important enough, colleagues argued. Sylvia disagreed. She said it was the key to Canada’s future. She then helped to make it so as deputy minister of trade, as ambassador to the successful Uruguay Round of Trade Negotiations, and as the Prime Minister’s Personal Representative to the G-7 Economic Summit meetings. In 1987, she received the Outstanding Achievement Award from the federal government; three years later she was elevated to Companion in the Order of Canada, the highest award in the national system of honours. Other accolades followed, including many honorary degrees from universities around the world.

The luckiest of those universities was our own. After Sylvia left Ottawa, she joined various eminent advisory bodies, like the Group of Thirty, and boards in the public and private sectors, including those of Power Corporation and the Bank of Montreal. Around that time, our Centre for International Studies was being reinvigorated by a group of colleagues, including Len Waverman and Ed Safarian from the Economics Department. It would eventually become part of the Munk Centre and then the Munk School, led by founding director, Janice Stein from the Political Science Department. Having previously spent some time in our Centre for Industrial Relations, Sylvia knew our university well. In 1990, we were able to convince her to bring her continuing activities in international economic diplomacy to CIS, where she first served as chair of the advisory board and then distinguished senior research fellow. She also became a senior fellow of Massey College.

Sylvia built major research and teaching programs here. She won many grants from foundations and government agencies. She mentored students in economics, political science, industrial relations, and other fields. Her prominent publications focused on trade and innovation policy, the backlash against globalization, and what she considered the critical task of the next generation–bringing developing countries into a fairer and more stable global economy. She helped inaugurate the Bissell-Heyd Lectureship on US-Canada Relations, the seed bed for our Centre for the Study of the United States. She attracted funding from Germany to establish the DAAD Distinguished Visiting Professorship, which remains today an important element in our Centre for European, Russian, and Eurasian Studies. With support from the Canadian International Development Agency, she helped establish the ASEAN Visiting Scholars Program, which contributed to what became our Asian Institute. Until very recently, she remained an active participant in our symposia and a keen supporter of the G-7 and G-20 Research Programs led by John Kirton, Alan Alexandroff’s Global Summitry Project, and many others. Finally, three years ago, her deep relationships in Japan helped us establish the Centre for the Study of Global Japan. Her legacy lives on, especially in the many students and faculty members she inspired.

Sylvia often had the first word around our conference tables. Let us give her the last word now. On June 20, 2003, at the Convocation where she received an honorary degree, here is part of what she said to the students joining her in receiving their UofT degrees.

“The landscape where we learn and work has changed profoundly. The nature and pace of technological innovation, the scope of economic and social integration, and the complexity of the interacting systems sustaining life on the planet are profoundly transforming.  Lifelong learning is now essential. We should recognize that uncertainty is now reshaping the world. The challenges of terrorism and disease may well be of a different order of magnitude to other diverse and diffuse threats. The policy response will require technological, social and political dimensions.

We used to think about the world in terms of calculable risk, subject to rational and scientific assessment expressed in terms of probabilities. New modes of thought are required if we are to deal with a world of more pervasive uncertainties. Bold attempts to re-tool ourselves are beginning to emerge, but we are still in the early stage. No wonder then that we see evidence everywhere of pressures building on policymakers, who try to manage things in the here and now.

When I was at the OECD, rapid increases in the price of oil – “shocks” we called them – made economic forecasting extremely difficult. Forecasting then and now ultimately rests on an underlying assumption of steady, incremental change. That is why economists usually miss fundamental turning points. Serious exogenous shocks that affect the very structure of an economy make reliable projections nearly impossible. That is the situation now facing our entire world.

But of course, there is no escape from the challenges before us. Canada has a responsibility, a collective one, and you have a responsibility as well-educated individuals. Antonio Gramsci, the famous Italian philosopher, once defined leadership as resting on ‘pessimism of the intellect and optimism of the will.’ In recent years it seemed that Canadians were drifting into the reverse. That is not an option now. Most of you are Canadians, and others may be returning home, I hope with happy memories. And I hope you all leave your alma mater with a sense that Canada does have the will to help lead in our rapidly changing world. We have done so before, and we must reject the doubters today.”