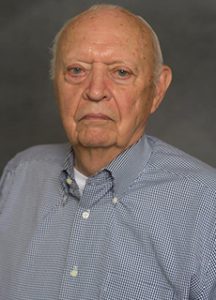 The Department has lost one of its eminent professors emeriti. Jean Edward Smith served in the Department of Political Science and its precursor, the Department of Political Economy, for thirty-five years. He left Dartmouth and joined us in 1965. He loved teaching undergraduates, and he introduced several generations to comparative politics, American politics and foreign policy, and the politics of constitutional law. His service commitments to the University were extensive, and he played a key role in the establishment of the University of Toronto Faculty Association. After leaving Toronto because of mandatory retirement rules then in place, he served as the John Marshall Professor of Political Science at Marshall University in West Virginia and as a faculty member of the Master of American History and Government program at Ashland University.

Before coming to the University of Toronto, Smith published The Defense of Berlin (1963). While here, his major publications included Germany Beyond the Wall (1969); The Papers of General Lucius Clay (1974); The Constitution and U.S. Foreign Policy (1988); Civil Rights and Civil Liberties Debated (1988); The Conduct of U.S. Foreign Policy (1989); Lucius D. Clay: An American Life (1990); George Bush’s War (1992) and John Marshall: Definer of a Nation (1996). The Clay and Marshall biographies set the stage for his late-career projects. In fact, during the last two decades of his life he became one of the most prominent presidential biographers in the United States. His 2001 biography of Ulysses Grant was a finalist for the Pulitzer Prize. In 2008, he won the Francis Parkman Prize for his best-selling biography of Franklin Roosevelt. In 2012, he published a lauded biography of Dwight Eisenhower. His critical 2016 biography of George W. Bush also received considerable attention. But he was not done yet. Simon & Schuster released his final book, The Liberation of Paris: How Eisenhower, de Gaulle, and von Choltitz Saved the City of Light this past July.

The New York Times – Jean Edward Smith, Biographer of the Underrated, Dies at 86